Key Take Away from ‘State Of The Word 2022’ by WordPress: A Community Submit. 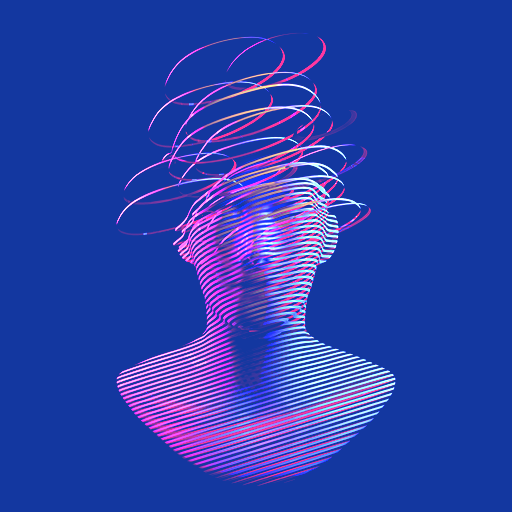 It’s evident that WordPress is placing significant bets on the future as we move back to in-person Meetups in local towns and larger continental or regional WordCamps. It’s the most widely used content management system in the world, but it’s also obviously a community initiative that occasionally feels like a family.

“I think they’re going to have an adoption challenge in general, not just from WordPress, until they add some more compelling features and maybe work on some backward compatibility. Perhaps it could also be something that as we co-develop, contribute, and give feedback in PHP 8.3 or 8.4, maybe they can do some things that will make it easier, not just for us but for the entire PHP community, to upgrade.”

On December 15, 2022, WordPress held its yearly State of the Word keynote speech. Matt Mullenweg, a co-founder of WordPress, spoke at the event on the development of several WordPress project components and gave a preview of what will be coming in the upcoming years.

Several developers and contributors attended the state of the Word 2022, and it was also live-streamed with 500 RSVPs from viewers in 11 different countries and over 30 watch parties.

This article will summaries the occasion and inform you of WordPress’s accomplishments in 2022 and the project’s future objectives.

Why WordPress?
This was the opening statement made by the executive director of the WordPress project, Josepha Haden Chomphosy. She continued by mentioning the four open-source freedoms:

A. To start the software and execute it.
B. To examine the program’s operation to make desired changes.
C. To transfer copies.
D. To give others copies of your updated versions.

As outlined in the WordPress Bill of Rights, these liberties remove restrictions and support the future security of a free, open, and interconnected online. Then Josepha said that Matt Mullenweg had taught her that open source is a concept that can transform our time.

After then, Matt Mullenweg entered the room and began his keynote speech. The 2022 recap’s highlights are listed here.

Gutenberg is a popular editor tool for creating websites and mobile applications utilizing the block paradigm. Matt predicts that Gutenberg will surpass WordPress itself in popularity.

As of 2022, you may add links and images to forums without utilizing HTML-like language, thanks to bbPress Forums, which runs the forums on WordPress.org. Blocks Everywhere, a plugin that will be included in BuddyPress, is used to do this.

Additionally, Gutenberg is incorporated into other programs. Here are a few example:

B. Political Typology Test from Pew Research Center. In 2022, one in eight quizzes was changed to a block format, and more than one million people took the test.

C. Day One, a renowned journaling app, uses Gutenberg for its online edition.

The licensing of Gutenberg Mobile was also completed as part of the Gutenberg project. Matt clarified that although Gutenberg has always been GPL-licensed, due to the way mobile apps are published, it is not possible to incorporate Gutenberg into a mobile app simply.

Now that Mobile Gutenberg has two licenses, it may be used with either the GPL or the MPL (Mozilla Public License) and is simple to include in mobile apps.

Many neighborhood gatherings, like meetings, have moved online since the Covid pandemic began in 2020. Many online groups switched back to the traditional meetup format in 2022.

According to Matt, 500 meetup groups will have twice as many events in 2022. From one WordCamp in 2021 to 22 WordCamps in 2022, the number of WordCamps is rising. 34 WordCamps have already been scheduled for 2023, and the number will probably rise.

WordPress hosts the Learn WordPress website. It has classes and community workshops for those who want to learn WordPress. 12,000 people registered for one of these courses in 2022.

According to Matt, the course assignments were moderated or facilitated by volunteers virtually every week.

In 2022, WordPress.org’s redesign affected both the homepage and blog sections. The new design adheres to jazz design principles, and Matt hopes that the “neo-jazz meets software” aesthetic will stand alone as a new design language.

Another recent addition is the Showcase section of the WordPress.org website, which showcases well-known websites that use WordPress.

In 2021, WordPress purchased Openverse from Creative Commons, and it has since been made available on the WordPress.org website. It is a search engine that looks through the internet for media with a Creative Commons license, such as pictures, and videos.

Podcasters and musicians will be able to share their creations with the world in 2022 when audio media is added to the Openverse.

Matt went on to provide the subsequent Openverse statistics:

D. In the last 30 days, over 59 million requests have been made.

E. The Openverse will also have access to photos that have been uploaded to the WordPress photo directory.

In 2022, WordPress released three significant revisions that included new design capabilities for completely customizing the front end of websites. Additionally, users no longer need to be as knowledgeable about CSS and PHP.

The top three features that came with the updates in 2022 were highlighted by Matt as follows:

A. Organize themes. WordPress themes will soon be blocks instead of a collection of PHP and CSS, enabling users to build themes or modify websites in the Gutenberg Editor without having to deal with code.

B. Styles and variations on styles. Themes often consist of a selection of colors, fonts, and spacing that users of the Gutenberg Editor can modify. The styles and their modifications provide alternatives to these components with the same basic structure.

C. The Twenty-Twenty-Three default theme differs from its predecessors in that it is a black canvas with 10 style variations created by volunteers from the WordPress community.

Four years ago, WordPress unveiled Gutenberg, a project that is broken up into four stages:

A. Easier Editing. The Gutenberg block tools will take the place of the post and page editors. WordPress already has it and is constantly improving it.

B. Customization. Using blocks to build a full website and the Gutenberg design tools to edit headers and footers. Complete site editing, block patterns, directories, and block-based themes are part of this phase.

C. Collaboration. A more user-friendly method of working together when creating WordPress core content.
Multilingual. The fundamental use of multilingual websites.

D. With the most recent WordPress 6.1 release, we are in Gutenberg’s second phase. At this stage, using the front-end Gutenberg editor alone will allow you to start from scratch when developing a theme. It will end with WordPress 6.2, which is scheduled to release in March 2023.

Read all about WordPress 6.1, Misha here.

By importing Google Fonts into the theme and providing them locally from the website, the Create Block Theme plugin makes this possible. With this technique, Matt claimed, “we could have one theme, one pattern, unlimited permutations,” alluding to block-based editing’s limitless customizability.

Although the feature is still being developed, Matt listed the following four taxonomies:

A. Single-player or alone. These extensions are created by lone developers for their own use but are also made available to others.

C. Plugins from Canonical. The WordPress project values some community plugins as being crucial to the ecosystem. The core WordPress developers offer support for these plugins.

D. Commercial. Businesses frequently create these extensions with financial backing. Additionally, they provide upsells like premium versions of the plugins.

Want to know the A to Z of WordPress? Check here.

In addition to discussing the development of the WordPress project in 2022, Matt also provided some 2023 plans.

In May 2023, WordPress will turn 20. According to Matt, few software projects reach this age, who also noted that WordPress and Creative Commons were both born in the same year.

There will be events to mark the milestone; you may keep up with them by visiting the webpage for WordPress’ 20th anniversary.

Gutenberg is Bigger than WordPress:

The third phase of Gutenberg will begin following the release of WordPress 6.2. Multiple users will be able to collaborate in real time on a post, page, or website using the upcoming versions of Gutenberg and WordPress. According to Matt, working with Google Docs would be similar in that everyone could see what the other person was doing on the interface.

Additionally, with this feature, users can invite others to work with them on editing articles, pages, or themes in WordPress. Users will be able to employ blocks in their collaborative workflow and avoid using external products like Google Docs.

During phase three, the interface for post revisions will also be updated, enabling users to amend revisions and view the post or page history.

Playground is a brand-new sandbox that Adam Zielinski created. To use WordPress, you typically require a web host or a local web server. But WebAssembly-based web browsers will support the WordPress Playground.

The sandbox is useful for trying out new designs in the editor or testing themes or plugins. Future potential is already evident in The Playground. Use it as a staging environment, for instance, to download and clone your WordPress website into your browser, make some tweaks, and then deploy the changes to your live website.

WordPress Playground is still in active development and experimentation, however, you may visit the Playground page to test it out or even become involved.

As phase two of the Gutenberg project draws to a close, we may anticipate another significant achievement in 2023 with the launch of real-time collaboration in WordPress. The new function will enhance our editorial process, making WordPress a more advantageous platform for content creation.

With core enhancements like expanded Gutenberg integration and community changes like the resurrection of numerous global events, WordPress has made significant strides in 2022. One of the largest updates to WordPress in 2022 was the addition of Full Site Editing, or Site Editor as it is now known. This modification altered how users create websites using this content management system.

As phase two of the Gutenberg project draws to a close, we may anticipate another significant achievement in 2023 with the launch of real-time collaboration in WordPress. The new function will enhance our editorial process, making WordPress a more advantageous platform for content creation.

a. SEO guide for WordPress websites.